LAS VEGAS, Dec 11, 2009 / FW/ — When we think of Las Vegas, we think of casinos and recently, the location of the genre-changing TV series, CSI: Crime Scene Investigations.

For a long time, its dubious moniker “Sin City” was correct, but that had changed also since the 1990s when Las Vegas became family friendly where you can take family vacations and go shopping.

Like any other city, Las Vegas lights up during the holidays, which is very hard to do since it is a city filled with neon lights. But, this is Las Vegas and somehow, the Christmas décor can actually outshine the neon!

Whether rich in nostalgia, arctic inspired or whimsical, Las Vegas celebrates the holidays with festive décor.

First on the list was the 16th Annual Cactus Lighting at Ethel’s Chocolate Factory in Henderson that was hosted by comedian George Wallace with holiday performances by Las Vegas Strip headliner Zowie Bowie and musician Michael Grimm, last November 17th.

As always, the three-acre Botanical Cactus Garden adjacent to Ethel’s chocolate factory was turned into a garden of lights with more than half a million colorful lights lit up.

For more information on the Holiday Cactus Garden, please call 1-800-680-0150 or visit www.ethelschocolate.com.

A five-block pedestrian covered mall with kiosks, carts and a nightly light-and-sound show, this is the spot most people identify Las Vegas with.

The 50-foot tree is garnished with festive decorations and is set to stand below the 12.5 million lights of the Viva Vision screen.

Located at Sam’s Town, the Mystic Falls Park features the sound of a rolling waterfall complimenting the soft chirping of birds in live trees reaching up toward the skylight ten stories above.

Suddenly, the serenity is interrupted with the urgency of a wolf’s call howling from atop the waterfall. It’s the beginning of Sunset Stampede. The mountain in the Mystic Falls Indoor Park comes alive as the Sunset Stampede chronicles the Western pioneer experience with music, lights and animation.

Fountains shoot eight stories into the air and the waters dance in the lights to a symphonic score recorded especially for Sam’s Town by the Indianapolis Philharmonic Orchestra.

Sam’s Town is nestled in the shadow of the Sunrise Mountains, just a few quick miles from the Las Vegas Strip. 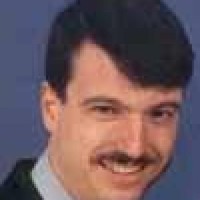