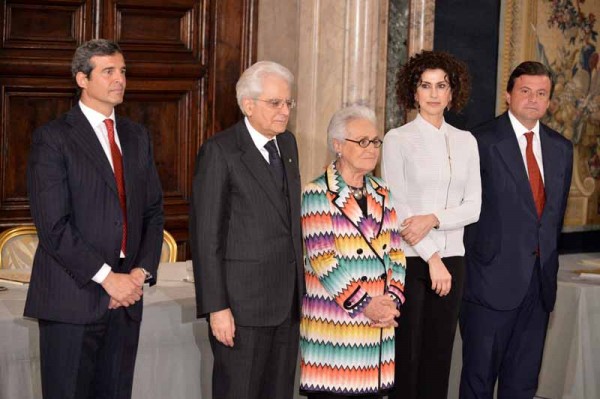 On 27 April 2015, in Rome, the President of the Italian Republic Sergio Mattarella has awarded the Leonardo Career Prize to Rosita Missoni Jelmini, honorary president of Missoni SpA, for representing Italian excellence in fashion and design all over the world.

The initiative, which has reached its 20th edition, is promoted by Comitato Leonardo, founded in 1993 by Senator Sergio Pininfarina, Senator Gianni Agnelli, Confindustria, I.C.E. and a group of entrepreneurs, with the aim of promoting and reinforcing the image of Italian excellence in the world.
Every year, Comitato Leonardo grants these prestigious awards, celebrating Italian creativity, innovation and expertise. This year’s winners include:

The Leonardo Career Prize, awarded since 2004, is given to people who have contributed to reinforcing the image of our country, thanks to excellence in their profession.

Rosita Missoni was born in Golasecca, in the province of Varese, to a family of textile entrepreneurs specializing in the production of robes and embroidered shawls. In 1953, she married Ottavio Missoni and together, they developed a knitwear business in a small workshop in Gallarate.

Ottavio and Rosita’s tastes and creativity gave life to a small knitwear collection, with innovative workings and colour matches that were completely unique, creating an unmistakable style. The first runway show in 1966 at the Teatro Gerolamo in Milan proved hugely successful, thanks to the presentation of a collection that broke all traditional molds in the use of knit.

Missoni garments give life to a new graphic interpretation of clothing with zigzags, lines, waves and space-dyed threads in patchwork, geometric and floral patterns. The finished products captivated sophisticated Italian and foreign customers.

Today, Missoni is one of the most widely respected ambassadors of Italian fashion and design around the world. As of 1997, Rosita has passed the baton on to her children Vittorio, Luca and for fashion, to Angela, dedicating herself to the Missoni Home line, for which she is the artistic director.

In 2014, she was appointed “Cavaliere del Lavoro” by President Giorgio Napolitano, a title previously given to Ottavio in 1993. 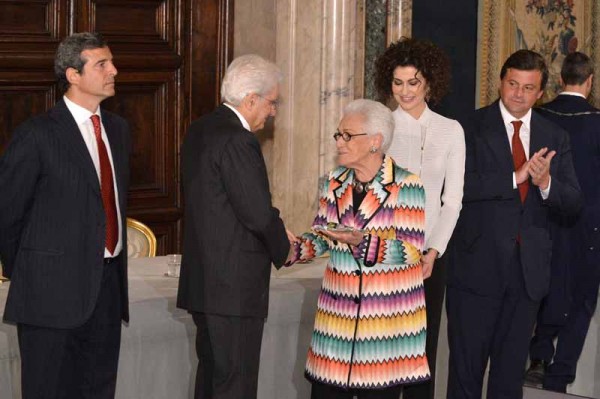 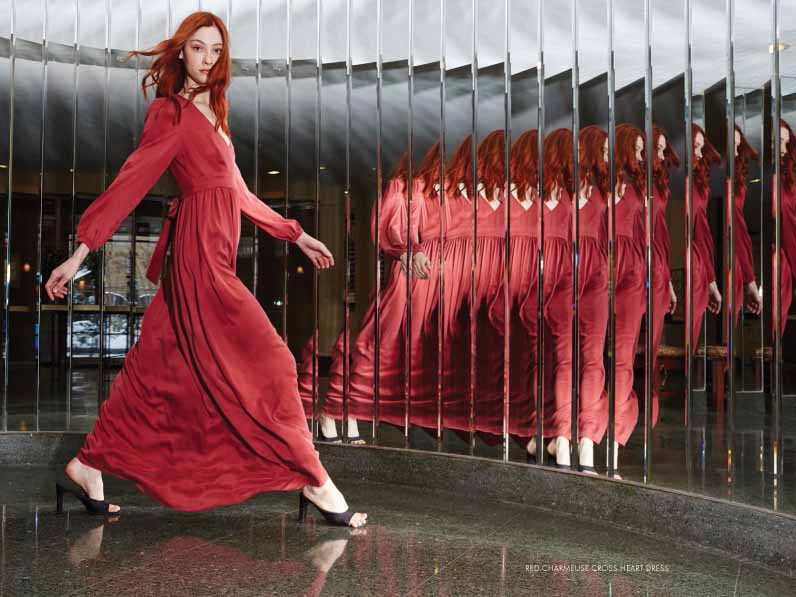