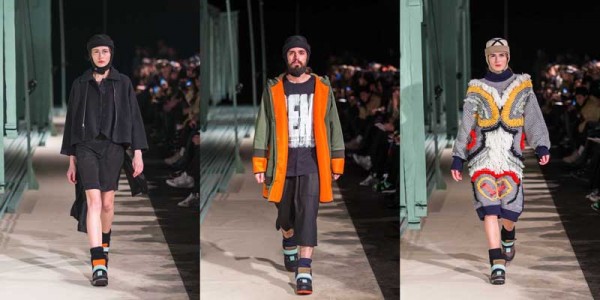 After a triumphant unveiling of his eponymous Fall 2014 collection in the French capital during Paris Menswear Week, Henrik Vibskov brought the collection at Copenhagen Fashion Week.

Natural systems such as beehives and anthills that at first seem chaotic, but on closer inspection reveal highly ordered and complex infrastructures. The contrast of neat, straight, uncooked spaghetti and the utter randomness that is created when it is cooked. The unimaginable scale of icebergs, glaciers and mountains, and man’s attempt to conquer them.

As usual, a mesmerising show installation accompanies the collection: while long minty spaghetti bands rotate slowly on huge poles, models walk on a twenty meter long bed of stretched elastic bands, as if being churned up in a consumer food mixer from a kitchen of the 1970s.

The models’ headwear is reminiscent of that worn by Russian military tank operators on their way to deepest Siberia, and the boots are fit for the harshest, coldest conditions. The faces of seals appear in several pieces, cropped and distorted, and neoprene layered sweatshirts and trousers would perfectly suit ice-diving expeditions.

The layering of fabrics within individual pieces plays a significant part in the collection, as each layer serves a different purpose; jackets have been deconstructed to show interior pockets from the outside, and organic, twisting cuts and patterns follow the contours of the body. Trousers are baggy, giving a new relaxed and exaggerated look to the classic suit, and a series of colourful hand crafted knits have been embroidered to create a 3D look using old-fashioned rug hooking techniques.

This season Vibskov has been working in co-operation with a non-profit organisation in India to produce khadi cotton, which is manufactured by hand by unemployed women in rural areas using traditional techniques. The cotton is processed without the use of electricity, and dyed using vegetable dyes, before being printed using hand-carved wood blocks.

Woollen coats have been constructed with wide, tapered arms to give striking new silhouettes, and outerwear is a prominent feature of the collection, including reversible down jackets. Centrifugal patterns, starting from a central point and spinning outwards, have been cropped and distorted, and the colour palate is made up of orange, curry, red and mint colours, as well as heavily contrasted blacks and whites. The collection is topped off by cleverly constructed white cut and fold pieces, bringing us back to the realm of icebergs and snow topped mountains. 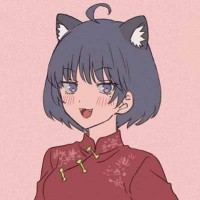 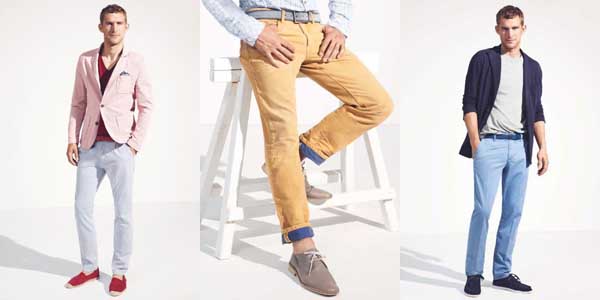 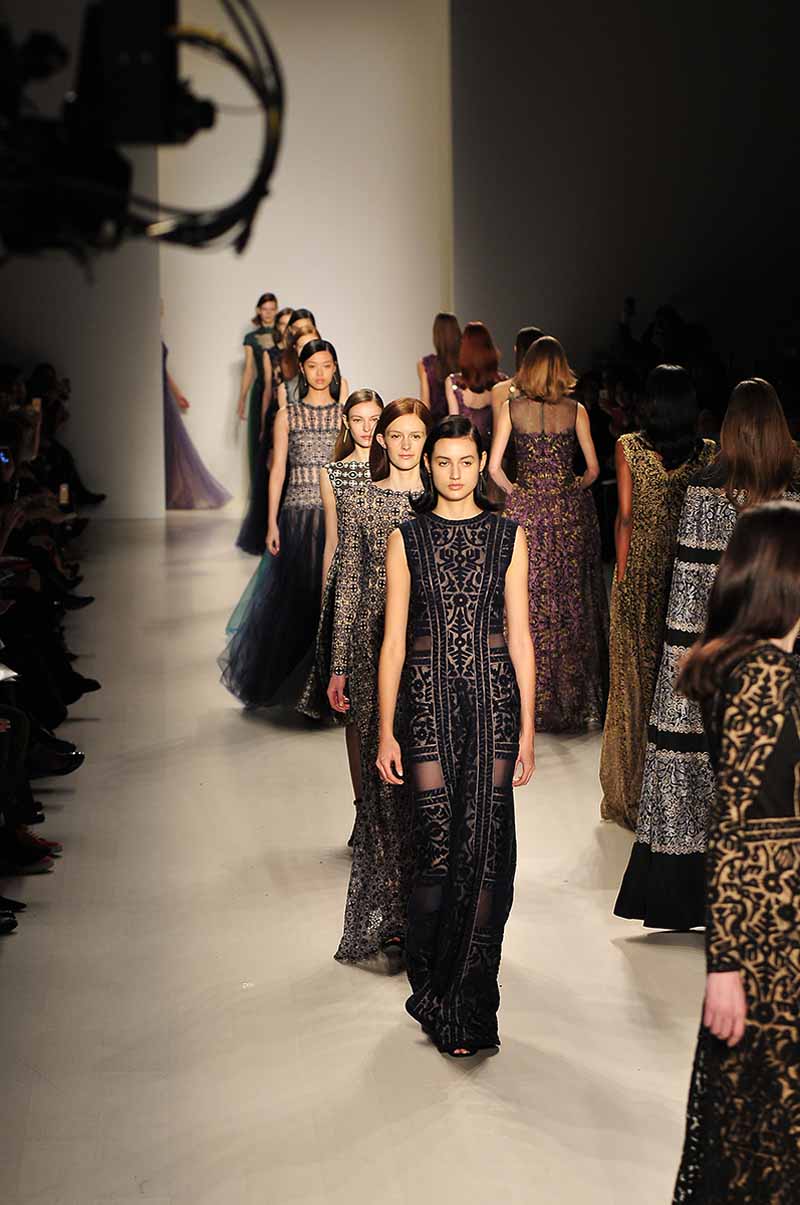