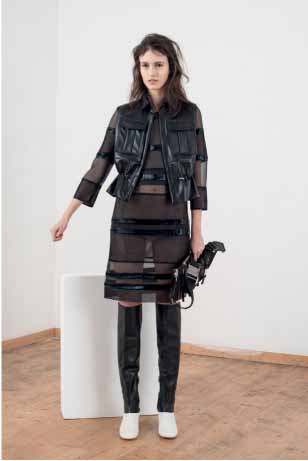 KOONHOR FW2015 takes utilitarian approach – in unexpected mediums made new and the elevation of the ordinary to the extraordinary. The collection is an exercise in the beauty of boredom, in which the KOONHOR woman is made aggressively normal and avant-garde.

Stripped down to the core of functionality, the formerly banal and familiar, that “all-purpose” look reserved for staples and uniforms, is now transformed into something desirable, luxurious and exquisitely special.

At a glance, they are not unlike the everyday “black and white” work uniform images captured by photographer Irving Penn in his Small Trade series. 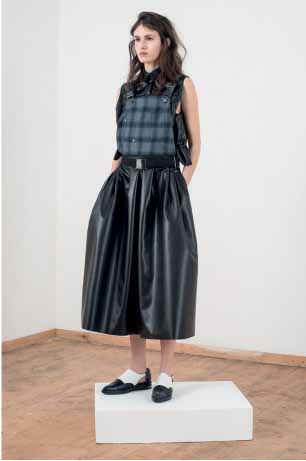 Patchwork panels of mesh resemble fisherman netting while hearty wool and plaid are juxtaposed with glitter and gloss. Elbow patches appear on basics made premium. Coveralls don’t exactly cover all, but are now cropped and cinched, in newly translated silhouettes.

Through the seasons, the KOONHOR woman remains not only an enduring portrayal of strength, but also of beauty and femininity. Simple feminine twists thus appear against an androgynous backdrop, in a cargo jacket with removable shimmering paillette sleeves, in a boxy sweatshirt line with delicate crepe de chine skirts.

Application of a foil laminating technique provides an easy, chic embellishment on tailored pieces. There is even a touch of soft pink against the studied color palette of army green, rusty copper, navy, grey and black and white.

A placement print inspired by masking tape street Buff Diss adds another thought-provoking layer in our subversive transformation. A geometric visage with linear contours – merely pieces of tape torn mordern – heralds the message of the season. It is a celebration of the common and mundane, the elements of the everyday, which oddly enough, makes for a most defining chapter in the KOONHOR story. 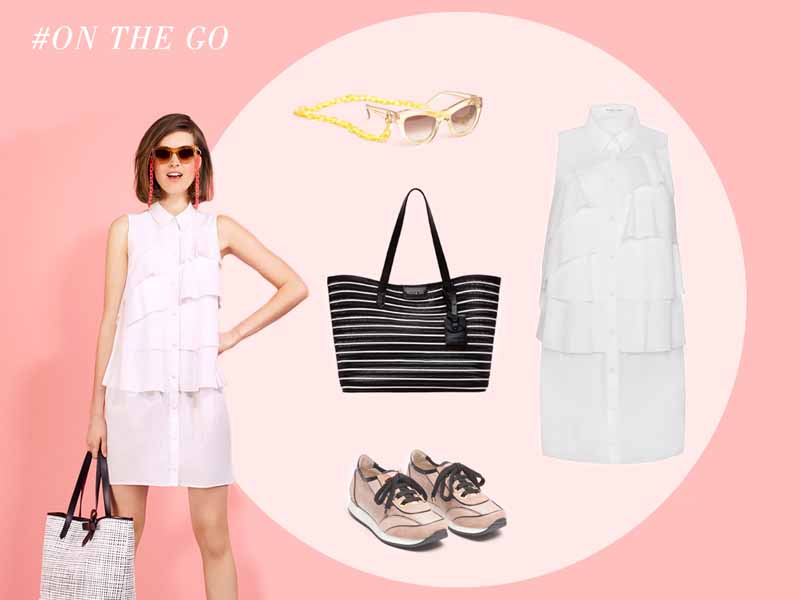 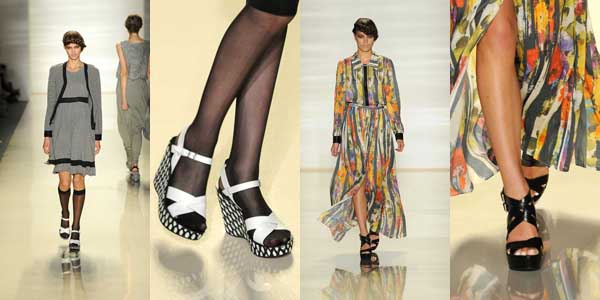