DALLAS, Feb 12, 2008 / FW/ — True works of art alongside the Spring 2008 fashion collection in the Fifth Avenue store windows of Lord & Taylor from February 13th to March 4th. Twenty of sculptor Thomas Beale will share the limelight with fashion items from Donna Karan and Hugo Boss.

A sculptor who works primarily with found natural materials, in 2003 Thomas Beale was the youngest recipient of the U.S.- Japan Creative Artist Fellowship in the 30-year history of this prestigious award from the National Endowment for the Arts.

He builds both monumental and intimately scaled forms over the course of weeks or months, mostly from hundreds or thousands of individually cut pieces of wood or shells, shaping them into objects of sensuous forms of varying size and textural detail. Among the notable pieces in the Lord and Taylor windows are Winoosky and Song, which Beale created in 2001 from found wood.

The Thomas Beale exhibit demonstrates once again Lord and Taylor’s commitment to bring exciting art to Fifth Avenue. Besides works by Rivers and Grooms, past exhibits have included sculptures by Chakaia Booker and Manolo Valdes and the paintings of Thiery Despont, Richard Estes, and Mainland China’s Gu Gan, Guo Jin, Liu Kuo-Sung and Yang Yangping, among others.

Last Fall, Lord and Taylor presented Kaleidoscope Katrina, showcasing the art of 16 artists from the Crescent City in the Fifth Avenue windows as well as in a specially built a art gallery, hosting a reception to benefit New Orleans’ Contemporary Art Center’s SweetArt Katrina Fund. 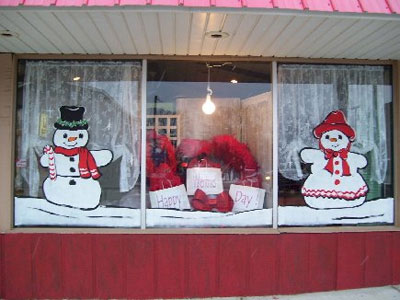