Ms. Kravis wore a limited edition Calvin Klein Collection double weave cotton/nylon color block dress, designed by Francisco Costa, the brands’ Women’s Creative Director. The dress was a collaboration between Mr. Costa and world-renowned artist Ellsworth Kelly, who were also both in attendance at the event.

Mr. Kelly selected Mr. Costa to recreate and modernize a minimal, color block dress that was originally designed by Mr. Kelly in 1952. The original 1952 dress was inspired by Mr. Kelly’s painting, Red Yellow Blue White (1952), composed of 25 colored fabric panels instead of painted canvas, divided into five columns of five panels each, and currently in the Philadelphia Museum of Art’s collection.

Through their shared understanding and appreciation for shape, color and form, Mr. Costa and Mr. Kelly created an updated version of the dress. The dress will be reproduced in a limited edition and donated to several institutions.

This year’s Party in the Garden honored Mr. Kelly, as well as Mayor Michael R. Bloomberg and the City of New York and artist Cindy Sherman.

On May 25th, The Museum of Modern Art will also celebrate Mr. Kelly’s 90th birthday with “Ellsworth Kelly: Chatham Series” – an exhibition of the first series of paintings he made after leaving New York City for Spencertown, in upstate New York, in 1970.

The fourteen paintings in the Chatham Series, named after the town where his studio was located between 1970 and 1980, all feature an ell-shape made of two joined canvases of pure monochrome colors. On view until September 9th, this marks the first time the series has been presented in its entirety since 1972. 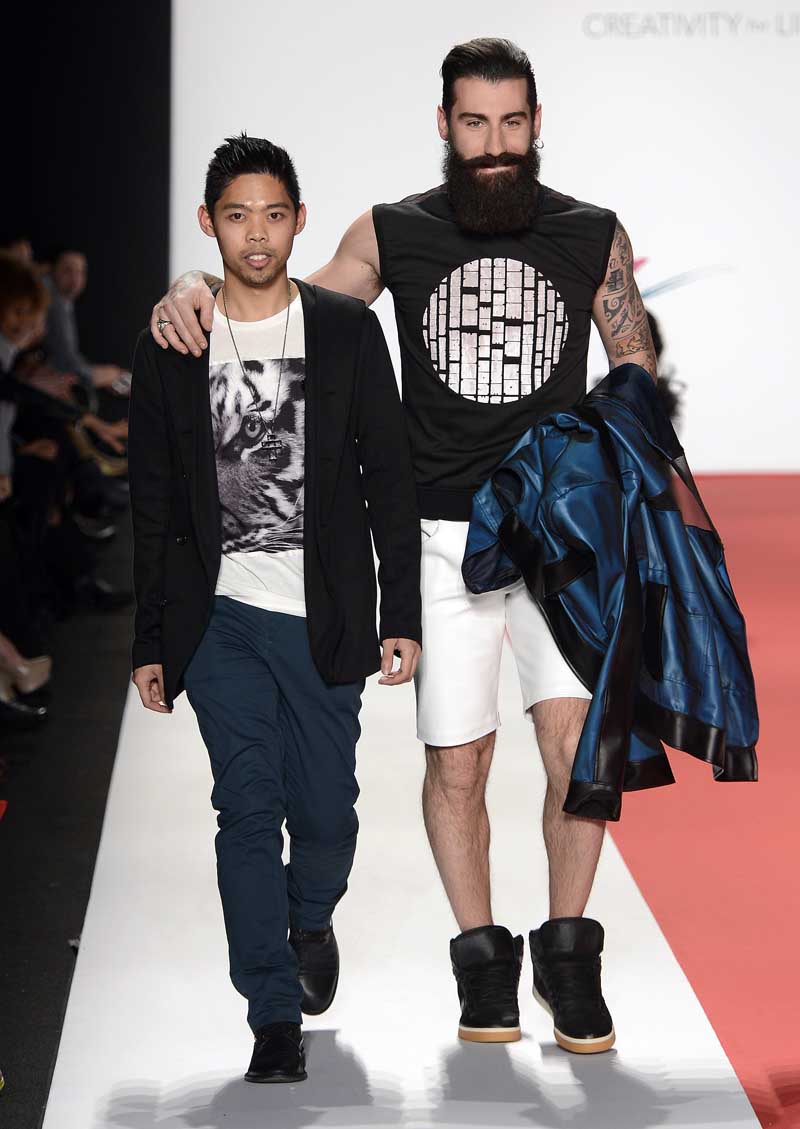