GUAM, Apr 30, 1997/ FW/ —With the release of the movie Evita, new spark of interest had been given to Evita Peron of Argentina.

A very fashionable woman during her time, Evita Peron was a customer of Salvatore Ferregamo and had special shoes made for herself.

So when Hollywood was making the movie, it was not surprising that the firm Salvatore Ferregamo was asked to recreate the shoes that Evita wore. And they did.

Madonna, who portrayed Evita wore Ferregamo shoes in the movie, shoes that were made exactly in the same process that the real Evita Peron had her shoes made. The style and the material were the same. That was how far Hollywood went for authenticity.

So, with Salvatore Ferregamo being part of the movie making process, it is logical for them to help in promoting it.

Another reason might be because they are also promoting their shoe museum which holds all the style of shoes that they had made and designed since they started. 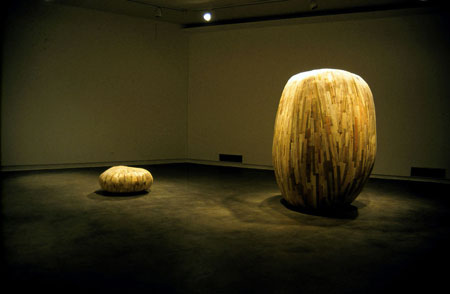