A handbag is an essential accessory to every woman’s wardrobe, be it for fashion or function. This element can carry makeup, wallets, and other important things a woman needs and come in shapes, sizes, and colours. Some can even cost a fortune, especially those made of high-quality leather and hardware.

In the early years, men and women carried handbags for different purposes. During the ancient period, bags carried weapons, food, and tools. The 5,300-year-old mummy, Otzi the Iceman had a flint, dried fungus, a drill, and an awl in his pouch attached to his belt.

In Anglo-Saxon burial mound located in Britain, archaeologists found an ornamental leather purse. It was degraded but still had a tad of silver, gilt, and garnet ornaments and 40 gold coins.

In Western Europe, during the 13th century, people brought small purses and called them almoners. These alms bags had coins intended for the poor. Peasants, artisans, pilgrims, and other working individuals called them handbags. At that time, they travelled on foot, bringing bags to carry other stuff with them. For those less fortunate men, their bags used leather and thick fabric with unique artwork.

The aristocrats and royalties carried more sophisticated designs in their pursuit of courtship. Men gave a beautiful purse to their bride, which carried coins. At times, medieval art brought drawstring to signify female sexuality.

Bags In The Renaissance Period

In the 16th to 17th centuries, women bought small bags for status symbols. Those little bags with embroideries had species, rose petals, and herbs to offset the body odour and get rid of infectious agents they thought brought an unpleasant smell.

In the later part of the Renaissance, there was a development of the night bag. People brought flat handbags to put their coins and chips used for gambling. There are coats of arms found at the bottom of the bags for identification. For dressy occasions, bags had more elaborate designs like interlocking panels and distinct shapes.

Bags In The 18th Century

Men who had their bags hanging to their belts were found feminine during the 1700s. Women brought wristlets, small bags around their wrists, and huge bags. They carried handbags for several purposes, like for carrying sewing materials and personal stuff.

Bags In The 19th Century

There was no longer a slim silhouette in the 19th century as the skirts started to become longer with every decade until the mid-century. Ladies brought small drawstring bags and handheld designs to carry coins and personal stuff.

Bags in the 20th century

Leather shoulder bags gained popularity in the early 20th century. The 1920s was the birth of slim and simple bags held right next to the body. Three years after, Hermes changed the saddle and feed bags into trendy accessories and created a style that lasts until today. They used army cargo zippers to act as fasteners. After several years, Vuitton and Hermes introduced a variety of bags for carrying champagne bottles and horse blankets.

There were restrictions on the use of metal, leather, and other materials in World War II. Hence, the styles were simpler and more classic. 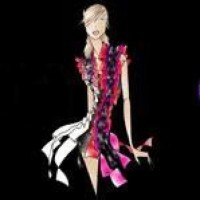 Sylvia James is a copywriter and content strategist. She loves writing as much as she loves the cake.